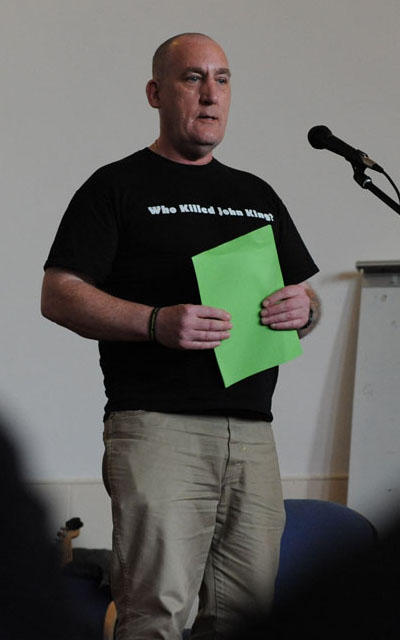 After years of drinking and depression following the death of his mother, Jim, 51, found himself homeless. Leading a chaotic and dangerous lifestyle, he needed help to take his life in a new direction.

“When my mother died, the grief was too much to bear. I was too proud to ask other family members for help, so instead my problems worsened.

“I became homeless because of my drinking. I got in trouble with the police, experimented with drugs and have slept here, there and everywhere, even in toilets.

“I first started coming to the Lodging House Mission in 1986 after my social worker told me about it. At first, I came to get a hot shower and something decent to eat but now I can say that this place has helped me turn my life around.

“I’m off the booze now and am getting a lot out of all the activities on offer here. There’s also the chaplaincy, which has been a great help.

“I like it here because the door is always open and you never feel judged. I’ve made new friends and the staff are always supportive, helping you along life’s way. This place has helped me beat the booze and I’ve tried new things I’d never otherwise have done.

“I’ve completed courses in number crunching, literacy, computing but I’m really focussed on the drama and music groups. I’ve been in three plays put on through The Lodging House Mission.

“I also sing in the choir. That really keeps me going.

Jim has been sober for over 7 years and feels The Lodging House Mission has helped get his life back on track. He hopes to take part in more drama productions in the future.
«...Previous Story
About Us